Well this isn’t Edinburgh. This is London calling. More from kohacon later. 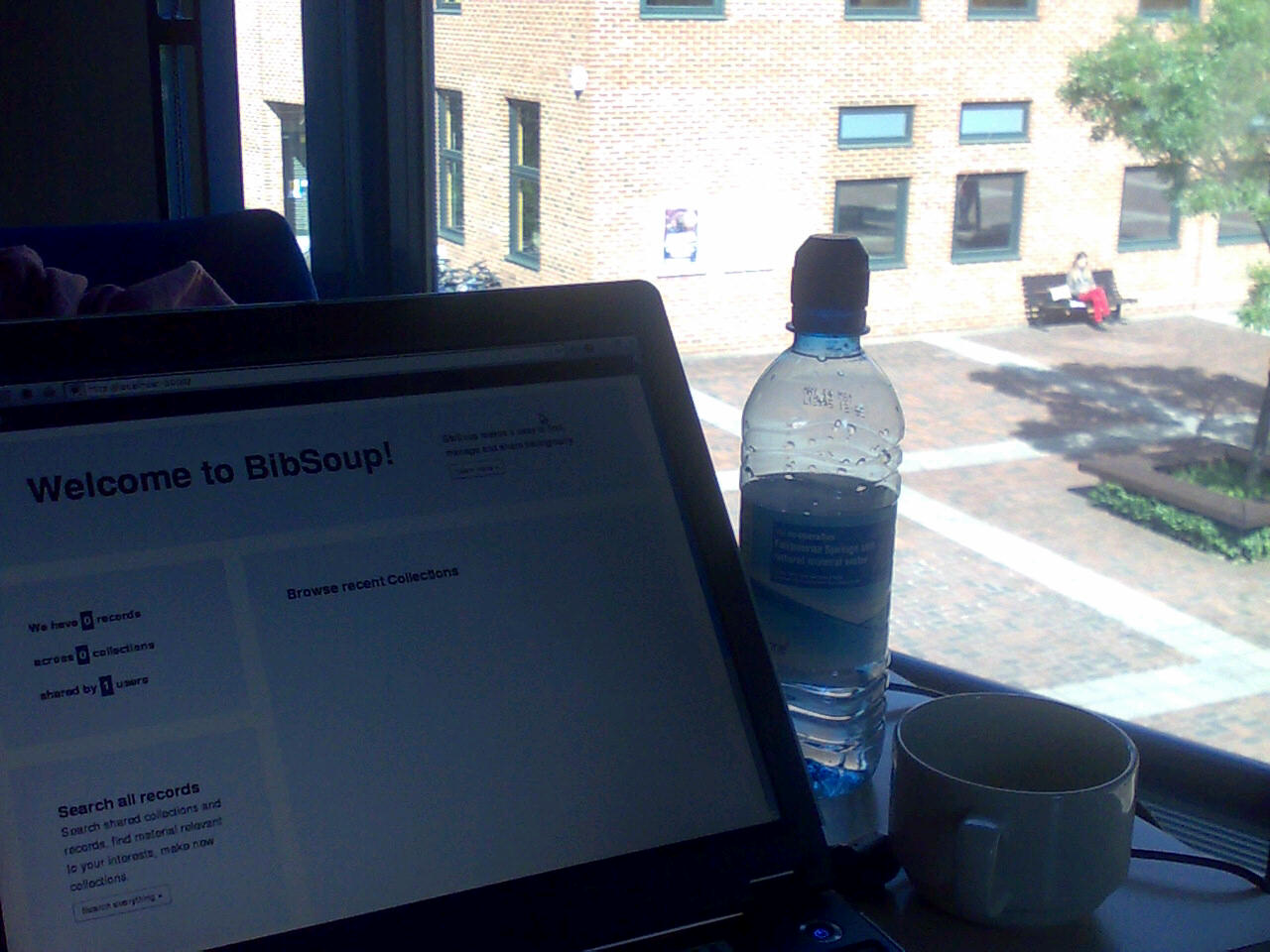 Today I was at OKFN’s bibliohack . There were several interesting projects there and it was a good opportunity to get back into coding, metadata and APIs after thinking about conference practicalities for too long.

BibSoup and its biblioserver software was my chosen hack. I didn’t really make the most of it because I had to workaround broken wifi drivers that I hadn’t noticed before, and I had to fix a broken java install that I did know about. BibSoup is mostly python and I think web.py, but it uses elasticsearch which is java. Oh and it’s python 2.7 with virtualenv which is, erm, entertaining to get working on debian 6.0, as far as I can tell: I installed python2.7 from testing, backport python-virtualenv and I don’t think anything broke.

The approach to a hackfest was very different to kohacon’s. Whereas people at kohacon hackfest were gathered around tables, moving to the talks table(s) when there was a talk they wanted, bibliohack started off classroom-style and didn’t gather into workgroups until after coffee. The so-called “non-coders” were shunted off elsewhere after the welcome to do I-don’t-know-what (maybe Library Co-op will write about it) and weren’t seen again until the day’s end.

There were some nudging comments about being able to hack late into the night, which I’m not sure is healthy if you’ve done a full day. I left feeling a bit unsettled and disconnected from reality, although I got what I wanted from it – playing with some new tech that we can maybe do good things with: thanks OKFN!

This entry was posted in Koha and tagged bibliohack. Bookmark the permalink.
Logging In...