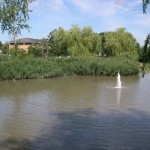 The RISE co-op is the sole shareholder in the Social Enterprise Mark CIC and its members have been called to an Extraordinary General Meeting during the lunch break of next Tuesday’s “Knowing and Growing” conference at UWE Bristol. The RISE board has proposed Four Special Resolutions that would dissolve the co-op and transfer all assets as windfalls to the SEM CIC and a trust, ignoring RISE Ltd’s Memorandum of Association. software.coop is calling on other RISE members to attend the EGM and oppose this demutualisation attempt. Update: dissolved but not demutualised (see below). Update 2: new vote called (see below).

This demutualisation is the wrong solution for RISE because:

software.coop will vote against the demutualisation, in favour of social enterprise, and calls on other RISE members to show solidarity with the co-operative and common ownership social enterprise movements.

Update 2 November: rise has announced its dissolution but they’ve got to “give further consideration” to where the assets go because the demutualisation resolutions were defeated. I fear that they’ll still try some way to bail out the Social Enterprise Mark despite the rejection, but I hope they’ll do the right thing and give the assets to good common ownership social enterprise like the RISE Memorandum of Association requires.

Update 10 November: We got another “Dear Member” letter today, dated 7 Nov, saying “there are two key issues to be resolved” (which is rubbish because the Memorandum offers a default – I think the board just hates that clause) and that there will be a new postal vote that will run from 18 November to 5 December.

This entry was posted in Cooperatives and tagged board, co-op, consultation, cooperative, meeting, RISE, social enterprise. Bookmark the permalink.
Logging In...