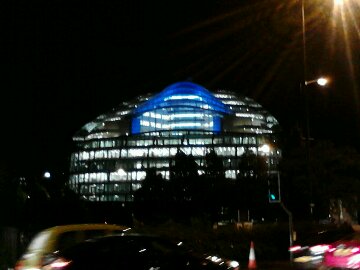 So when I arrived on Thursday (ten minutes early despite a cancelled train, thanks to help from the cooperative fellow traveller mentioned last post), I was in time to go to a workshop on media cooperatives led by @theBoyler.

It wasn’t what I expected. It seemed to concentrate on the opportunity presented by the current awful state of news media companies in many countries and the technology-driven changes to their businesses. For example, WordPress is a viable way to start – online first, then move into print later.

There are already news co-ops in places where there would be no local news media. The challenge well be how to overcome what I’d call “spoiling” or “scorched earth” tactics from departing media companies.

Some local news media owners are looking for a way out. One obvious one is to turn a local title into a minor variation on a regional-or-worse service or publication, maybe by selling it to a bigger media business. That loses some audience but many will put up with it, so it avoids creating an obvious gap in the market for more truly local reporting.

Much else was covered and the audience suggested tons of examples. I’m not sure we reached many firm conclusions, but there seem quite a few examples to learn from (Morning Star, taz, …) and Dave Boyle’s work is continuing…

This entry was posted in Community, Cooperatives. Bookmark the permalink.
Logging In...